“Mike Wimer has created a engaging cast of secret society members who close loopholes in the system using their own brand of vigilante justice. After years on the “right” side of the law their compelling arguments for stepping over the line may get you to struggle with some of your own demons, as you discover your Ultimate Verdict.”

“Ultimate Verdict by Michael Winstead is a suspenseful novel exploring the theme of ‘vigilante justice’ with an original twist – a judge bent on delivering justice for victims when the system fails to punish the criminals.

Launching the novel is an irresistible opening sentence: “On the last day of her life, Hannah Sullivan had a decision to make.” Within the next two pages, the author delivers a succinct, powerful introduction to a young woman who suffers a nasty mountain-biking crash, dusts herself up, and perseveres uphill: “As she crested Mount Pisgah, the snow began to drift down in big, wet tufts. She lifted her hands from the handle bar and above her head, the gesture of a champion in a race against herself.” Once she has captivated readers’ hearts, Hannah becomes the ‘instigating victim’ and perseveres long after her violent death in providing a moral anchor to events that would otherwise test our credulity.

The novel centers on Raleigh Westlake, a federal judge in North Carolina, whose by-the-book path is disrupted by his outrage at the appeals court’s decision to release Hannah’s murderer, whom he had sentenced to death for the brutal killing. With an uncanny insistence on proper procedure, the judge creates a parallel justice system (reminiscent of the old ‘Frontier Justice’ reality) with team of likeminded lawyers-vigilantes. The proceedings take place in aptly described secret courtrooms: “Judge Westlake scanned the small room. An American flag draped a brass pole in the front corner. Maroon carpet concealed a pitted plywood floor. Brown sound-dampening panels lined the walls and ceiling of the trailer. Elevated insignificantly above the proceedings, the Judge nestled behind a small desk in a black nylon robe. Not his official robe, but one purchased at a costume store, complete with a white wig reminiscent of those worn by English barristers or constitutional statesmen.” Add qualified counsel and a pair of US Marshals to deliver the ultimate punishment, and an alternate justice system becomes operational—and mightily efficient. But when the group elevates its game and brings a prominent politician to clandestine justice, the intensity of the story heats considerably—and trouble ensues.

Author Michael Winstead excels at weaving philosophical questions of good and evil into realistic legal, professional and human conflicts. The cast of characters is well developed, alive and very human. The main character gains credibility with a passionate sense of fairness wrapped up in borderline obsessive physical exercise (running) and the corresponding can-do personality. The plot is rich with creative twists and blind turns, leading to a satisfying (and surprising) conclusion that ties up closely with the original crime and the initial injustice that propelled the judge and his team into action.

In summary, for lovers of crime novels and courtroom drama, Ultimate Verdict by Michael Winstead delivers an exciting story that moves along without getting stuck in legal humdrum, builds up suspense and intensity, and makes us think hard and feel deeply while we turn the pages. Highly recommended! 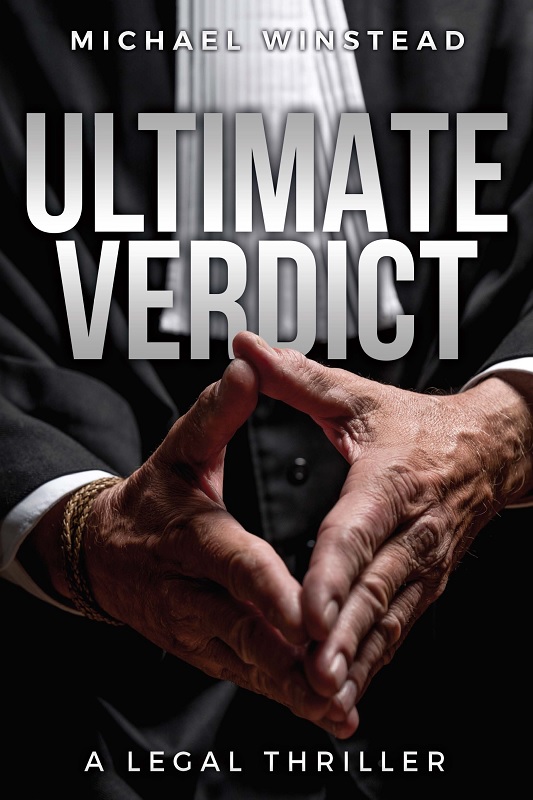